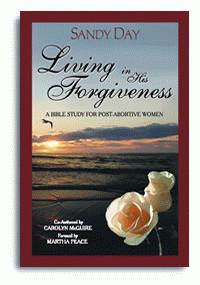 Through His Word, God has shown me that He has a purpose and meaning for my life even though I had made a mess of things by going my own way and doing my own thing. In Jeremiah 29:11-18 God explains His intention for those who are His children. For I know the plans I have for you, declares the Lord, plans for welfare and not for calamity to give you a future and a hope. Then you will call upon Me and come and pray to Me, and I will listen to you. And you will seek Me and find Me, when you search for Me with all your heart. It is the longing of my heart that you also would know the peace that only He can give regardless of what you have done in your past.

From my earliest years, my Mom and Dad thought I was a rather unusual child. I was high-strung and had a TON of energy! In todays world I would have had many labels added to my name. I remember one day when my Mom had taken me to 4-year-old pre-school. I didnt like what they were doing that day, so I left! I walked home. Even though the pre-school was less than a mile from our house, my Mom was, to say the least, not very happy to see me. In later years my energy was funneled into things that I thought would make me happy.

At age 13, I began a rebellious and promiscuous lifestyle, which included alcohol and drugs. By the grace of God I graduated from High School in 1977. Today, I realize that God protected me in many circumstances.

After graduation, I began dating a boy who came from a family that considered church a priority. Just to get his parents off my back, I went to church with them. That was where I heard the Gospel for the first time. As I learned about Gods love and forgiveness, I knew I had a LOT to be forgiven! Two Sundays later, I responded to God drawing me to Himself. I called on the name of the Lord for my salvation and repented of my sin. God began to transform my life. I now had a desire to know God and His purposes for me. After confessing my sin, I knew I had to break off the relationship with my boyfriend because of our sinful involvement. Four weeks later I discovered I was pregnant.

I saw abortion as my only option. The moment the procedure was over, I knew I had made a terrible mistake-something that would have lifelong consequences. Today, I am still seeing those lifelong consequences. Like so many women in the world today, I learned to hide my pain. In a matter of months, I met a Christian man who became my husband. After we were married, we attended church and worked long hours to build a business together.
But all was not well. Two years into my marriage, I received a call at work from my husband. His message was: I love you but I have to go. That day he ended his life. It was a tragedy that awakened me to the power of Gods Word. Gods Word became my best friend. As I clung to Gods promises, they saw me through the next leg of my journey, one perhaps even more difficult than the last.

After a leave of absence, I returned to my spot in the church choir. In to my usual seat sat a woman I had never met. As we sat next to each other, we quickly became friends sharing our struggles and prayer requests. What I didnt know was that when I prayed for my friends son, Craig  as I was often asked to do — I was praying for my second husband.

I was in the choir the Sunday night Craig gave his life to Christ. Amazingly, it was only a short time before he was ministering to me. Three years later we were planning a wedding and married on May 4, 1985.

Two and a half years into our marriage we conceived our first baby. One morning eight months into the pregnancy I realized something was wrong and called the Doctor. I was told to come into his office. The doctor confirmed the worst; there was no heartbeat.

Three hours later we delivered our precious baby, James Caleb Day. The doctor explained that the cord was wrapped around his legs and had cut off his circulation and eventually ended our childs life. Today, my life and ministry revolve around the unwavering faith that God had a purpose for Calebs life and death. At this point, we faced each day with sorrow and grief over the loss of our son. We had no idea what God had in store for us in the future with Caleb Ministries.

After losing Caleb, I was left with an intense desire for a child. God graciously brought me to the point where He was enough-with or without a baby. After hearing a message about Hannah one Sunday morning, I gave my deepest longing for a child to God. As only God could have timed it, that very night I discovered I was already pregnant with our second son, Corey.

It was a difficult pregnancy that required bed rest beginning in the fifth month. It was during those months on bed rest that God changed my perspective of who He is. I believed that God was punishing me for my past and for the terrible, promiscuous life I had led. Through doing a Bible study during that time, God revealed His character to me. He taught me the Truth of His unchanging love and healing forgiveness. By my delivery date, I had gained a new thankfulness for all I had experienced and a new appreciation for Gods loving plan for me.

When Corey was about ten months old, God gave me a desire to begin a ministry to help other women who had endured losses. As Craig and I began to pray, we saw God put the ministry into place. People would call our home seeking help. Womens groups requested me to give the testimony of what God had done in our lives. God allowed us to comfort others with the comfort we had received from Him.

Over the years, I began to realize that a powerful testimony of Gods saving grace and comfort was not enough for a powerful ministry to women. God wanted me to be a pure vessel so that I could be transparent with the women I sought to help. I began by agreeing to complete a Bible study that addressed issues I had tucked away for years and did not ever want to share with ANYONE! That study changed me forever as I received Gods forgiveness and cleansing for the abortion that I had tried to hide.

Not long after completing that study, nine women called the ministry within a three-month period seeking help. Each woman had experienced a stillbirth and each one had an abortion in her past. Craig encouraged me to step out and share what God had done in my life to forgive my sin of abortion. As a result I have been so blessed by the opportunity to share Gods answer for the silent pain women still live in due to their own abortion(s).

In 1999, my husband Craig accepted a call to Pastoral ministry. We moved to Southern California where he completed his Masters of Divinity Degree in May 2002 from The Masters Seminary. He presently pastors a church in Charlotte, NC.

Today, the ministry continues to grow. Letters expressing the pain in the hearts of women arrive in a continual stream. Now I am beginning to get letters from women who face the struggles of being a Pastors wife. Sometimes I have to pinch myself to fully grasp that as one of my roles. I really LOVE it all! Ministering to the lives that God has entrusted to us in our church is a privilege we take very seriously. The blessing of ministering to others is one of the rewards of serving Christ. However, my biggest blessing still comes from being a wife and mother. I thank the Lord for my godly husband. The Lord has used him in my life in so many ways; I would not have shared about my abortion without his encouragement. Our son Corey also has a heart to serve God and he brings us so much joy!

God also has a plan for you and has provided for your every need. He offers forgiveness to your soul and comfort for your heart. There is hope for the future. It is our prayer that as you read this book and answer these questions that Gods Word will penetrate your heart and you will come to know His love and mercy. I rejoice with you in what God has in store for your life and the transformation He wants to shower upon you as you learn to live in His forgiveness.

Looking to Him for you,

News from Abbey's Place: Our desires and prayer requests...

Video Testimonies from Debbie and Ginger 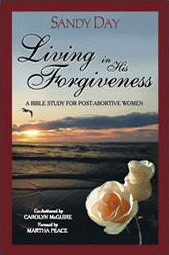 Living in His Forgiveness -
Life changing stories from women who now live in His forgiveness.